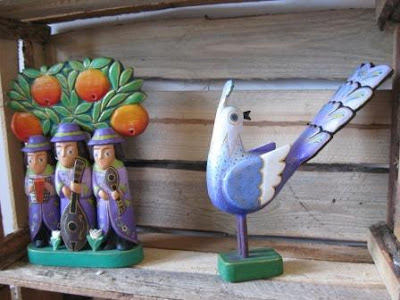 Folk art is not popular in Poland - I would say more - we ignore it. Maybe because most of us come from peasants grandparents.
15.000 guys representing the upper class were deported from Poland by Russians in 1940 and killed. This fact is known as "Katyn massacre" and in fact it was mass execution on Polish elite.
When I was at the college (during communist time) this fact was wiped away from the history books.
Believe in human free spirit!
We knew about Katyn from Second Hand information flow :) I remember asking history teacher about it - ohh! my rebelious character! - she was very tongue-tied...
Lately our best movie director Andrzej Wajda made movie about it named Katyn. His father was killed there. Movie was nominated for Oscar this year - didn't get it.
I have a friend that worked at production of this movie and I was told, that production crew was moved and depressed during shooting and production. 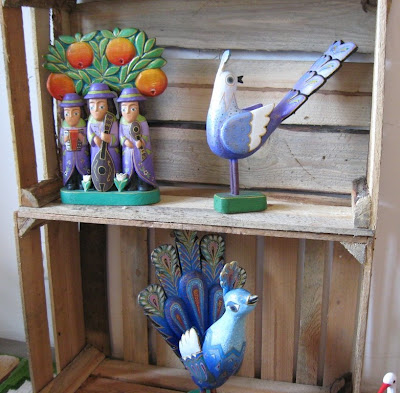 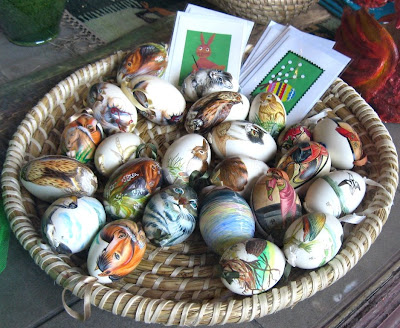 Is this orange guy not handsome? He was about 140 cm tall and costs 50 euro. 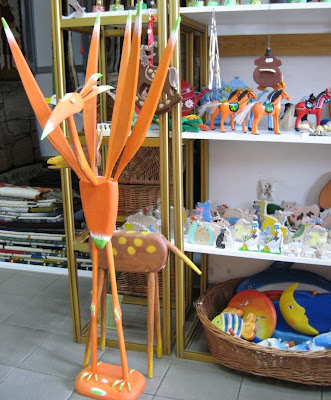 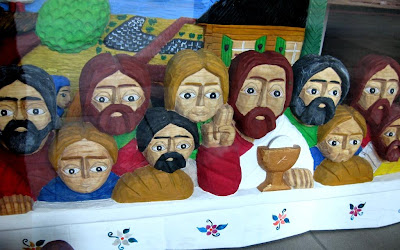 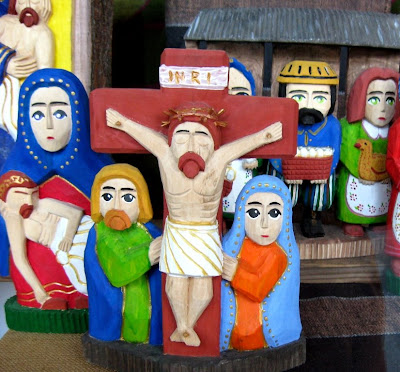 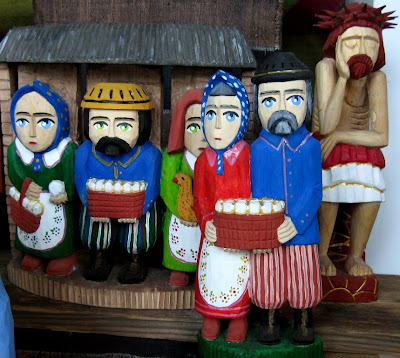